Our system differs from Military Radar but the principle is the same. Radio waves sent out by a transmitter are reflected by metallic objects – or in our case the ionised trail of the meteor (“shooting star”), which we see as that bright streak in the sky.

This allows us to determine the relative size of the meteor strike (vertical scale) and the relative approximate speed and deceleration (amount of shift and width of the trace). 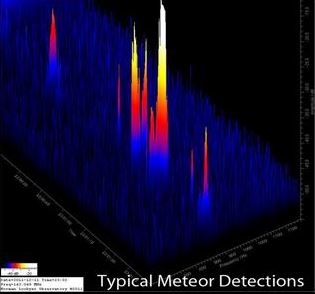 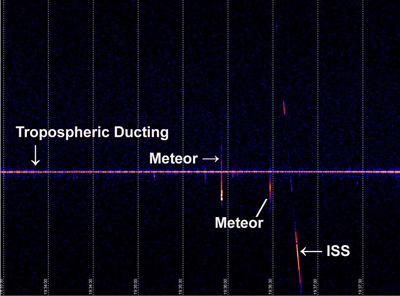 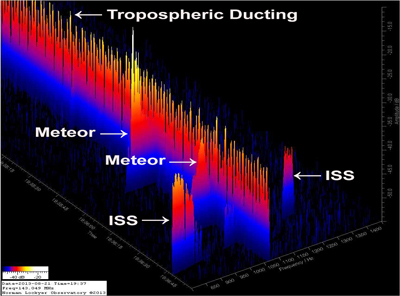 However, the signal has been bent over the horizon by “tropospheric ducting”. Yet we are still able to clearly detect two meteors and the International Space Station (ISS) passing through the radar beam.

Grand Réseau Adapté à la Veille Spatiale
GRAVES radar transmitter is located near Dijon France to detect satellite and “space junk”. Although we can also receive these reflections, our main interest is that of meteor (“shooting star”) detection. 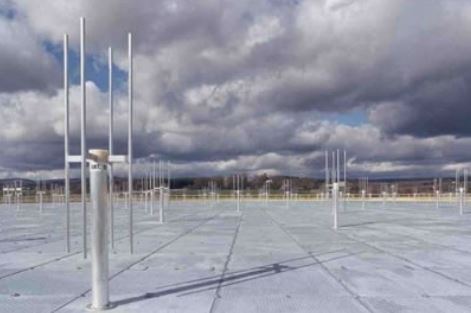 GRAVES  is a continuous emission Doppler detection radar using a phased array of four transmitters The radar has an azimuthal beam width of 180° and a vertical beam width of 20° (between 20° and 40° from horizontal). 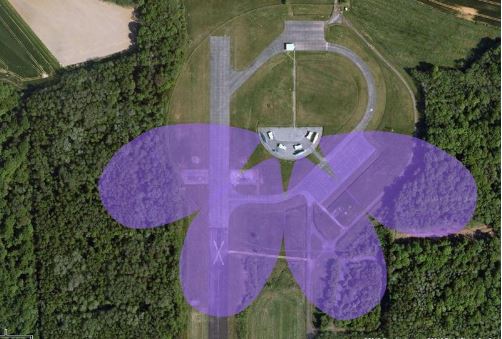 The images below show the radar-illuminated area from our Observatory. 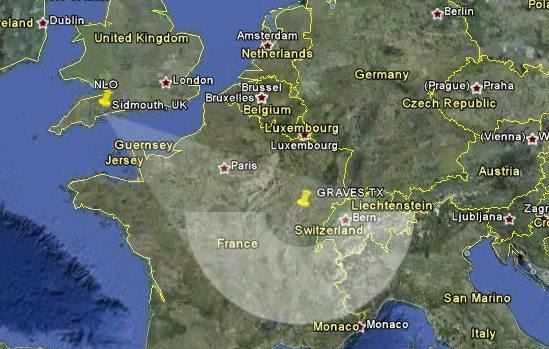 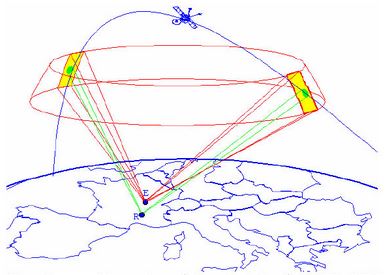